Today I write my blog with a heavy heart.
On Friday 24th August 2018 we said goodbye to our beloved Monty Boo. 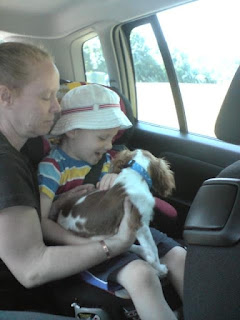 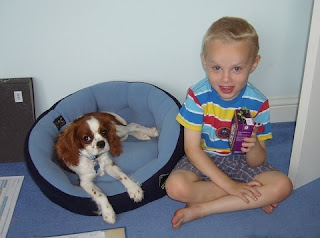 At a time when we had just received the devastating news that our youngest son,  just 4 at the time had received a diagnosis of autism.
A time when we didn't know as a family what was to lie a head of us. 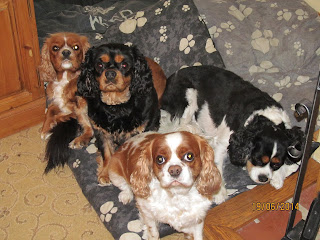 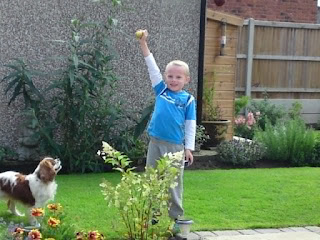 Don't get me wrong he could be as mischievous as the rest of them and was rather partial to a pear and was known to pinch the windfalls from under the pear tree when we lived at the cottage.

Along with the other three boys he got us through some truly difficult times.

On Friday morning he had got up with me as usual and was playing his duffing of the carpet game when he suddenly and without warning collapsed. By the time I had got D to come and see him he was unconscious and passed away peacefully a few moments later in our arms.

August has been a particularly tough month for us as a family for reasons I will tell you about at a later date.  I truly believe that even our animals will pick their own time and place in which to cross the rainbow bridge. Only the day before he had been racing around the back garden with the other boys still thinking he was a pup when in reality he was 10 going on 11.

It has left us all totally devastated but for Monty Boo it was probably the best way for him to go. Not in any pain with no intervention from outside sources, no decisions to be made by us and as
Old Blue Eyes himself would of said,

I did it my way 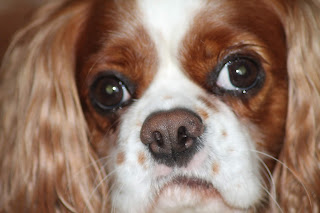 We love you to the moon & back Monty Boo
and you will be sorely missed by all the family
but we have been very lucky to have you in our lives for the past 10 years,

Email ThisBlogThis!Share to TwitterShare to FacebookShare to Pinterest
Labels: Life in general 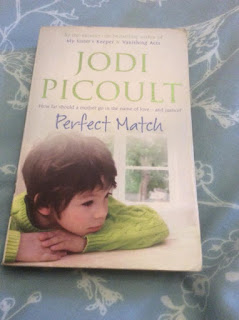 What happens when you do all the wrong things for all the right reasons?

As an assistant district attorney, Nina Frostt prosecutes the sort of crimes that tear families apart. But when Nina and her husband discover that their five-year-old son Nathaniel has been sexually abused, it is her own family that is devastated. The world Nina inhabits now seems different from the one she lived in yesterday; the lines between family and professional life are erased; and answers to questions she thought she knew are no longer easy to find.

Overcome with anger and desperate for vengeance, Nina ignites a battle that may cause her to lose the very thing she's fighting got.

How far should a mother go in the name of love - and justice?

I have been a follower and reader of Jodi Picoult books since her first novel Songs of the Humpback Whale, which incidentally, I didn't particularly like very much but, the more books of hers I have read the more I want to read.

Perfect Match  was published here in the UK in 2005 and a work colleague lent it to me as part of our office book swap. It has had very mixed reviews as to whether the attention to detail was good enough. I don't know enough about american law and what happens within their court room system to know how accurate all that was.    There is a point in the story that talks about DNA and how someone who has received a Bone Marrow Transplant can have two DNA, there own and that of a borrowed DNA from their donor.  Now I don't know whether this is factually accurate I am sure Ms Picoult would of done her home work about this particular subject but I would have to run it past one of my haematology colleagues to know whether it is or not and I'm not sure I am brave enough to ask that question in case I made myself look a complete numpty.  Will put an update at the bottom of this post should I ever pluck up the courage.

On the question of just how far would you go to protect your child?  Well I'm not quite sure that many of us would go to the extremes that the character Nina Frost went to,  but if any of us were put in that same position how do you think you would react in order to get justice for your child.

These days I don't get to read as much as I used to and have to find books that I can pick up and immediately be back into the story from where I left it.  I found this was possible with the Perfect Match and overall it was a good read and I would certainly recommend it.

Back again soon I hope.